P is for Playtype: A conversation with Jonas Hecksher

In our first journal entry, we discuss the origins of Playtype with Jonas Hecksher. We talk about how Jonas got started, lessons learned and ‘mistakes’ he would do over again Jonas in search of another mountain, Fontstand Conference 2018

“Imagine you are standing at the bottom of a field and there is a huge mountain… my first thought is ´Can I get to the top’… ” “What happens when you get there?” I ask. “I just find a new mountain… there are a lot of mountains.” We laugh. 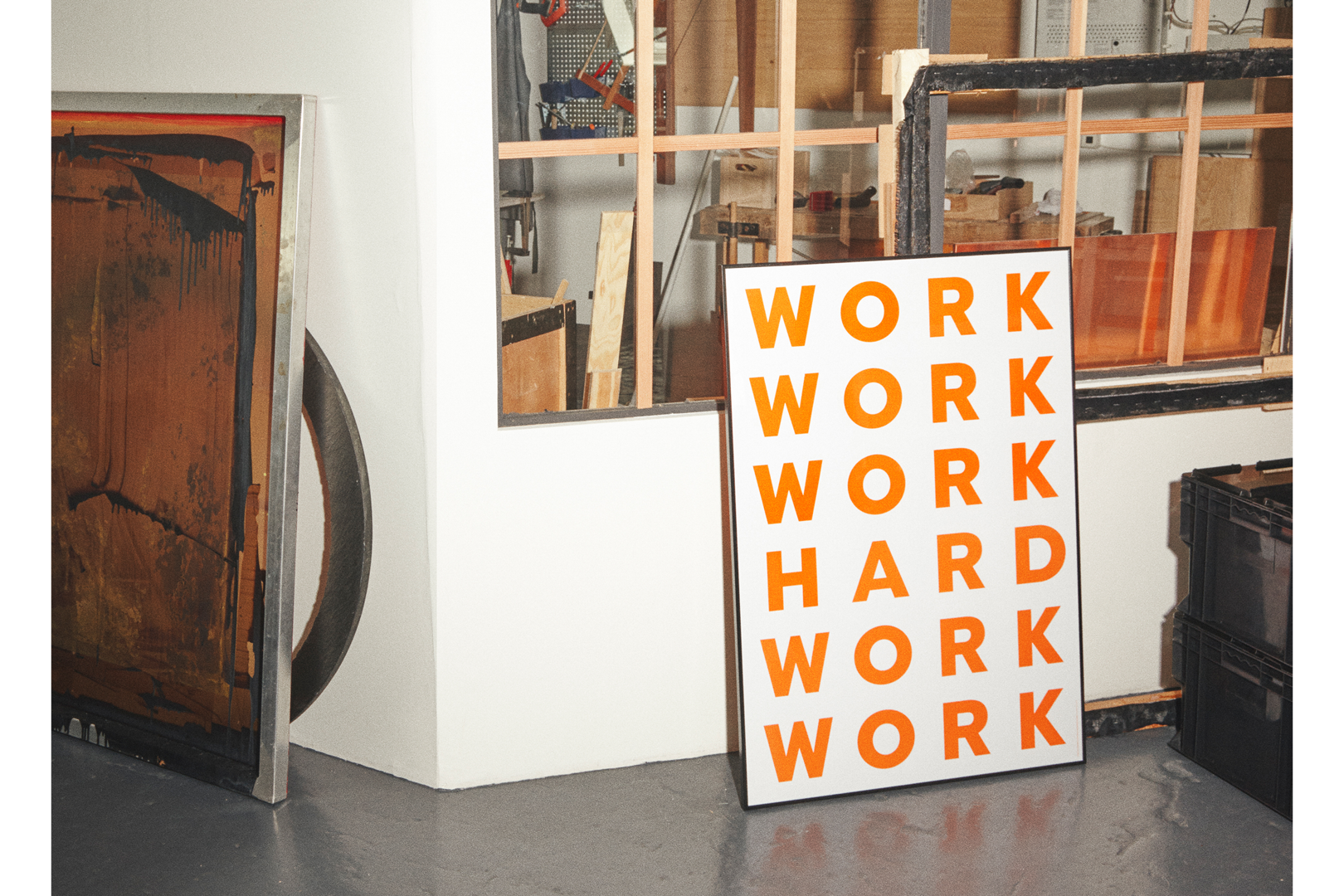 Work hard or hard work, none of us are sure

There is a child-like ambition to this metaphor, not born out of ego, but out of an idea to explore. One of many themes Jonas speaks about in a conversation where he floats between anecdotes and the very frequent ‘Hej’ to those who pass us on the street. His thought process makes complete sense but also sparks a sense of profoundness to every encounter that comes his way. We quickly discuss asparagus season with a friend that walks by before switching back to the intricacies of typography and his story. A trained chef and son of an art director, Jonas’s background speaks both to international understanding and artistic expression. He holds a degree from The Royal Danish Academy of Fine Art and The School of Design and École supérieure d’arts graphiques et d’architecture. Most recently becoming a member of the AGI, Alliance Graphique Internationale his work has appeared prominently in Danish and international design over the last 20 years. 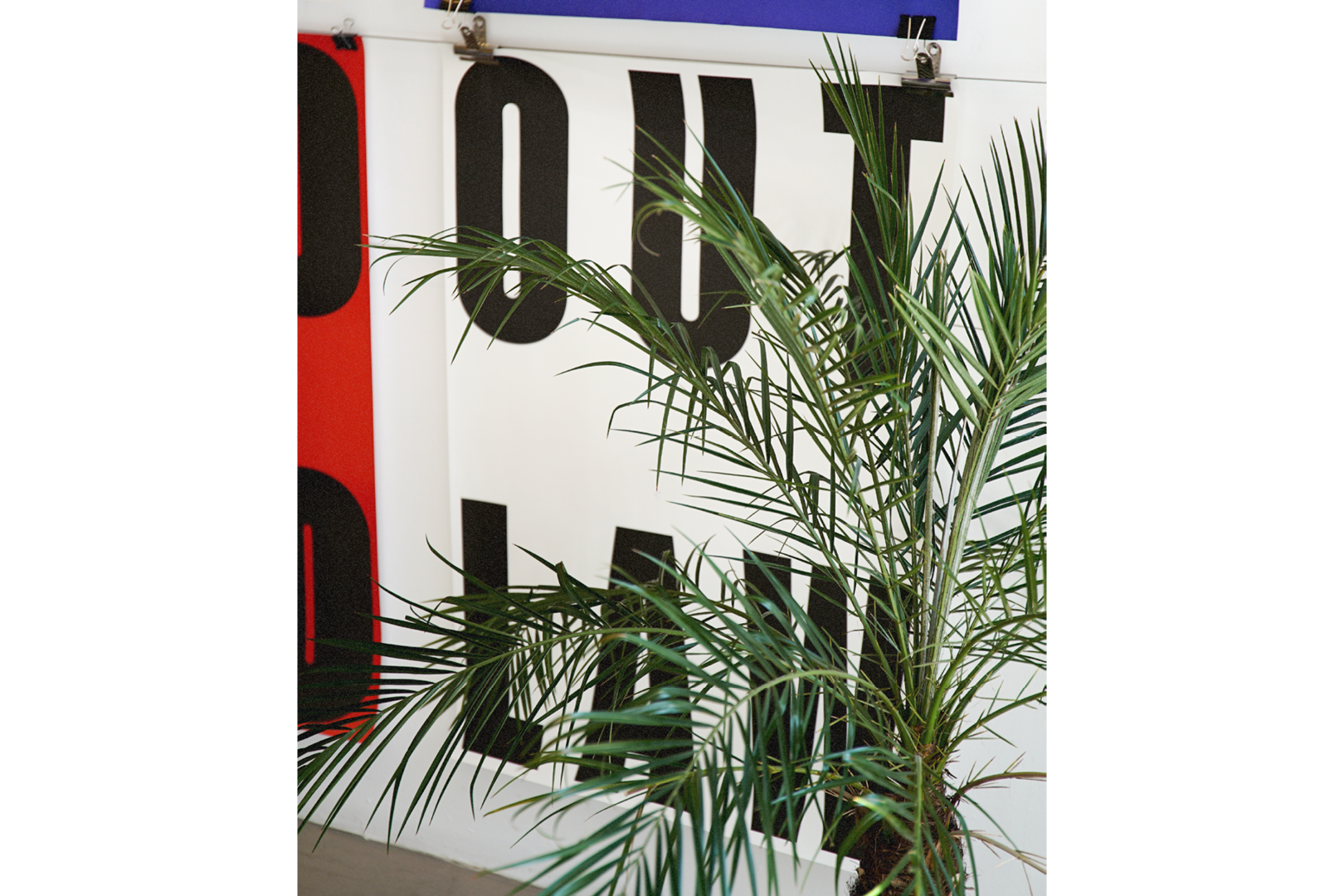 “My fascination started when I was 8 or 9 years old helping my father with Letraset, then after a while, I began to draw by hand as it was a lot more fun.” Although that journey was slightly halted by a parental intervention. “I wanted to be an artist but then I learned to be a chef because my parents didn’t think it was a good idea to drink a lot of wine and paint.” Soon after his education though he did eventually go back into design – co-founding agency e-Types in 1997 shortly after graduating. They began using bespoke type as a focal point for their client work, not seeing it initially as an opportunity to start a type foundry though, but it was a natural shift. After creating typefaces for 13 years Playtype was founded, “We chose to start because we had a lot of fonts that we didn’t do anything with.” He mentions “I just found it more interesting to do type than ugly logos.”  This makes sense. What he didn’t mention was that it also coincided with a shift in design thinking, whereby logotype was being recognised as the preference in comparison to traditional logos. This was coupled with the internal desire to make typefaces readily available, ensuring that anyone regardless of your design understanding could get a bespoke typeface that was not pre-installed, unconsciously normalising the idea that branding was only for the few. “The main goal was always to give type to the people” Jonas continues nostalgically searching for dates from his head. 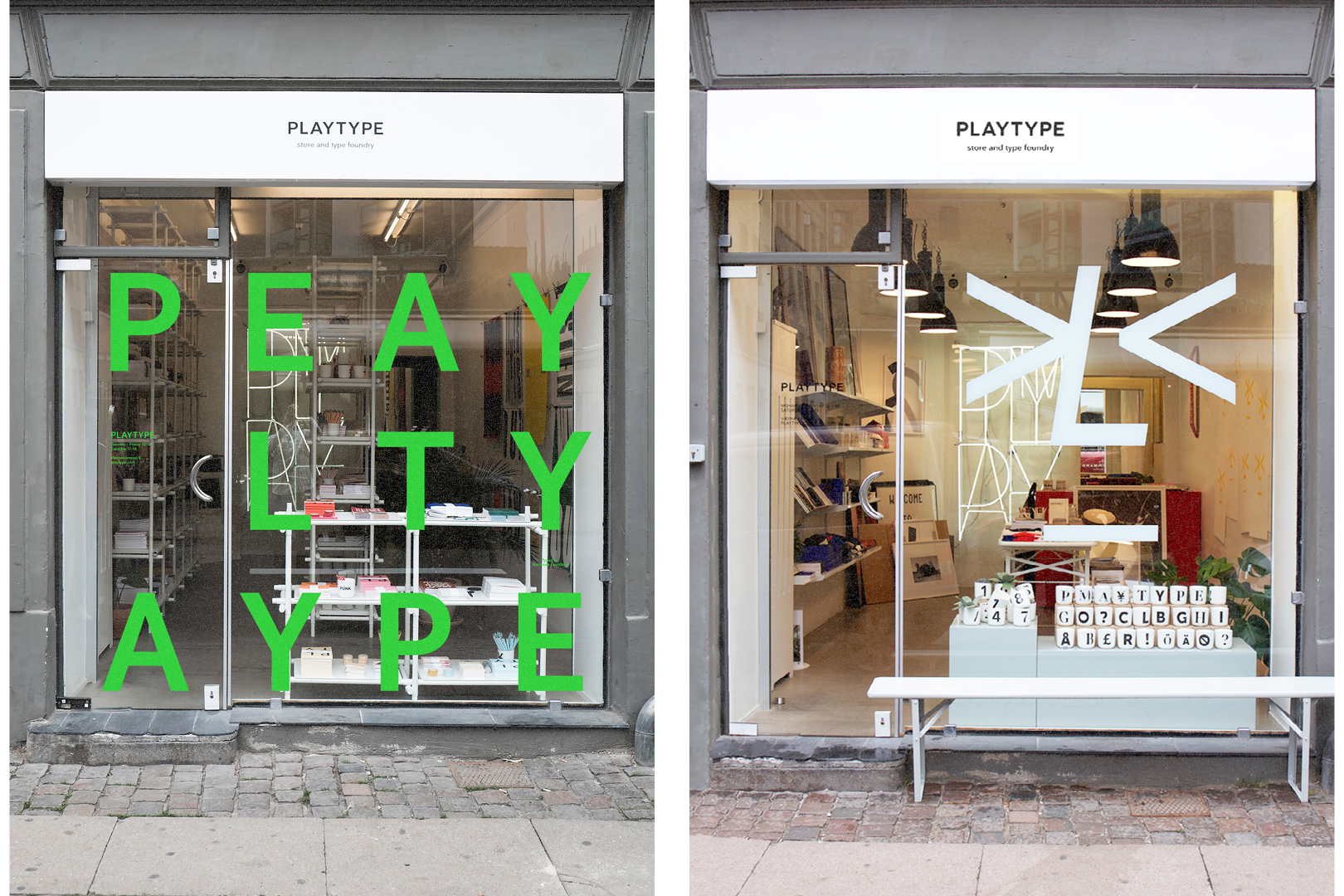 It was 2011 when the Playtype Store opened in Copenhagen, marking a significant change to the faceless distribution of fonts at the time. “It gave us a chance to have campaigns in a way that hadn’t been done before” Jonas notes. Selling stationary, posters and merchandise emblazoned with varying typefaces it was the first brick and mortar store dedicated solely to selling type. Acting as a bridge for everyday observers and also design enthusiasts. 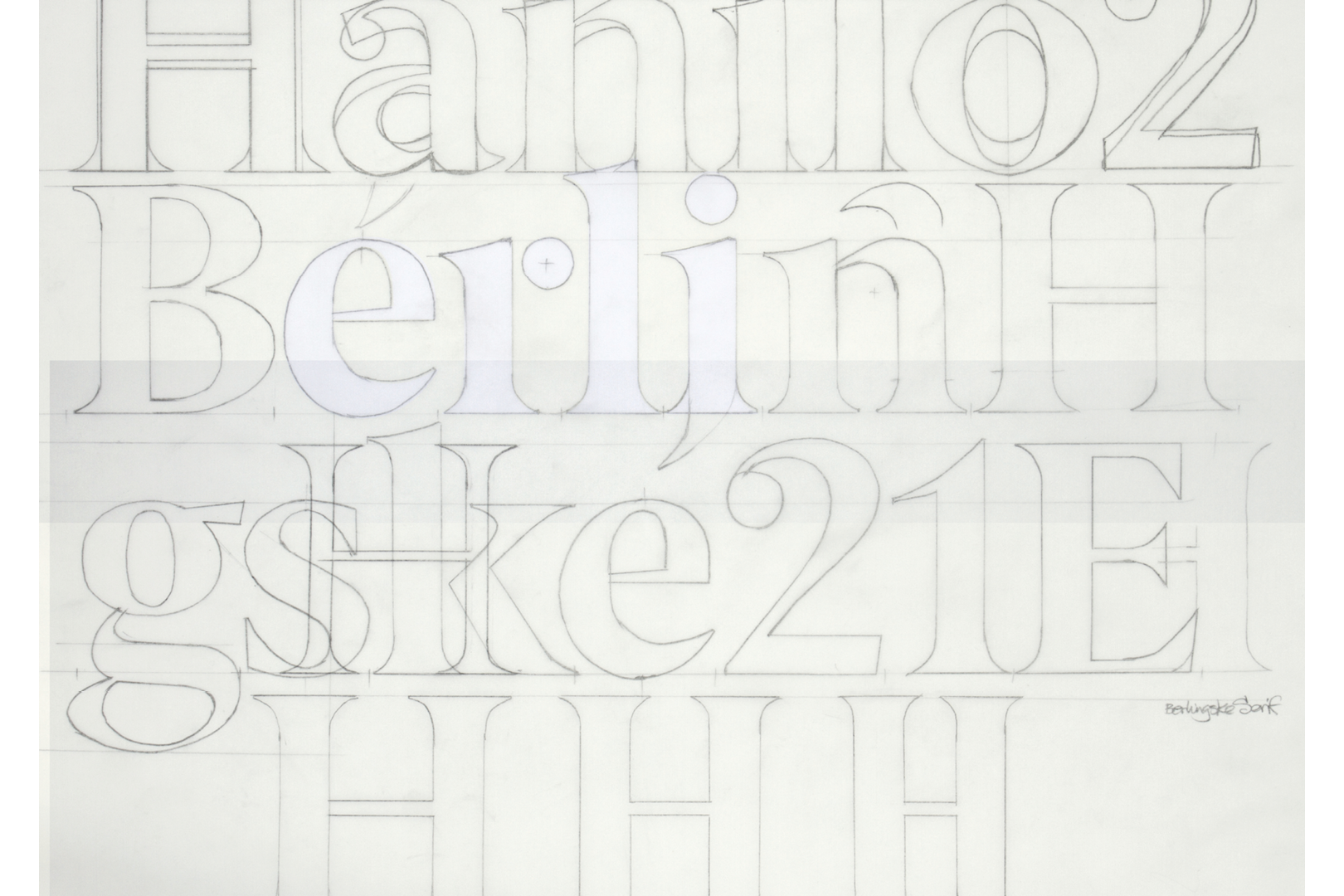 Today there are over 80 families available now from multiple designers via the retail catalogue and while Jonas notes there is no clear house style, there is a definitive perspective for what he feels makes great type. “I always want to concentrate on things that can be used and work in real life.” A notion that is evident in his work but also his expansion of families like ‘Berlingske‘ and ‘Italian Plate’, the latter of which speaks to his love for Italy where he spent many summers as a child. 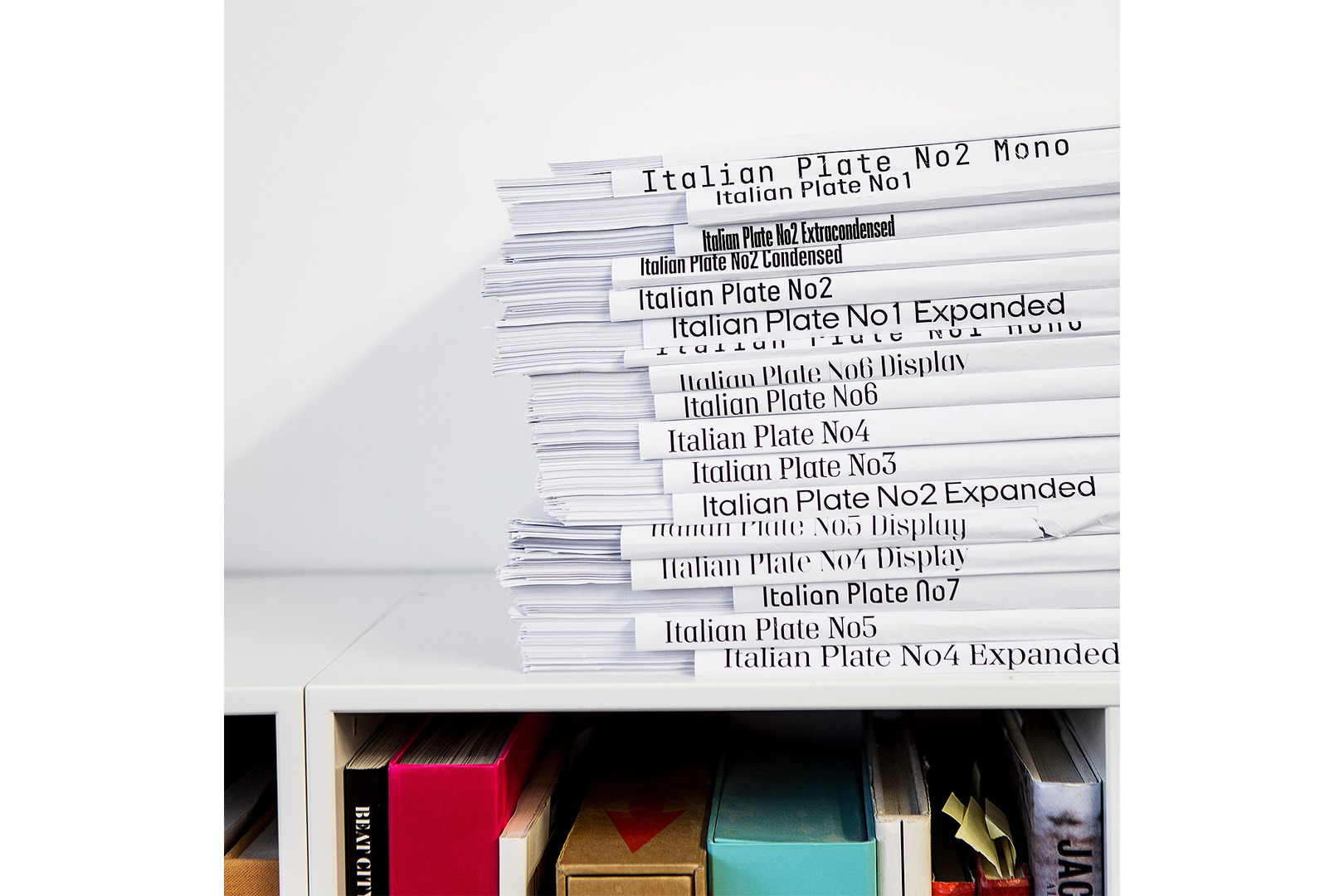 From 1 to 7, the Italian Plate family

“The original Italian Plate started on a ski holiday. I went with a film camera and took pictures of all the number plates in Italy and then I went home and started to do the basic uppercase, then small caps.” This turned into a superfamily that is now made in various weights and styles. Sans-serif, serif, display, monospaced, extracondensed, condensed, normal and expanded, with corresponding italics and many alternatives. A sizeable offering. I am curious to know why though. The first draft was in 1992 and it was only ‘completed’ in its entirety in 2016. “It was monospaced to begin with, because of the numbers on the plates, then I just started rounding the o’s and ended up with so many stylistics sets… It just kept going, I just wanted to explore the different possibilities.” This is also evident in the numbering system ‘1,2,3,4’ and so on “it never has to stop, maybe it can keep going” he hints. There is the time attributed to the expanding of this family but also a certain characteristic trait to be understood in this creation – patience. “It was almost like I was exploring something, taking one style and seeing how can that expression transform into a serif for example but still have these references to Italy.” With the family also seeing an update later on in the year, that includes extended language support, Jonas notes his inspiration for the huge family came from an unlikely source. 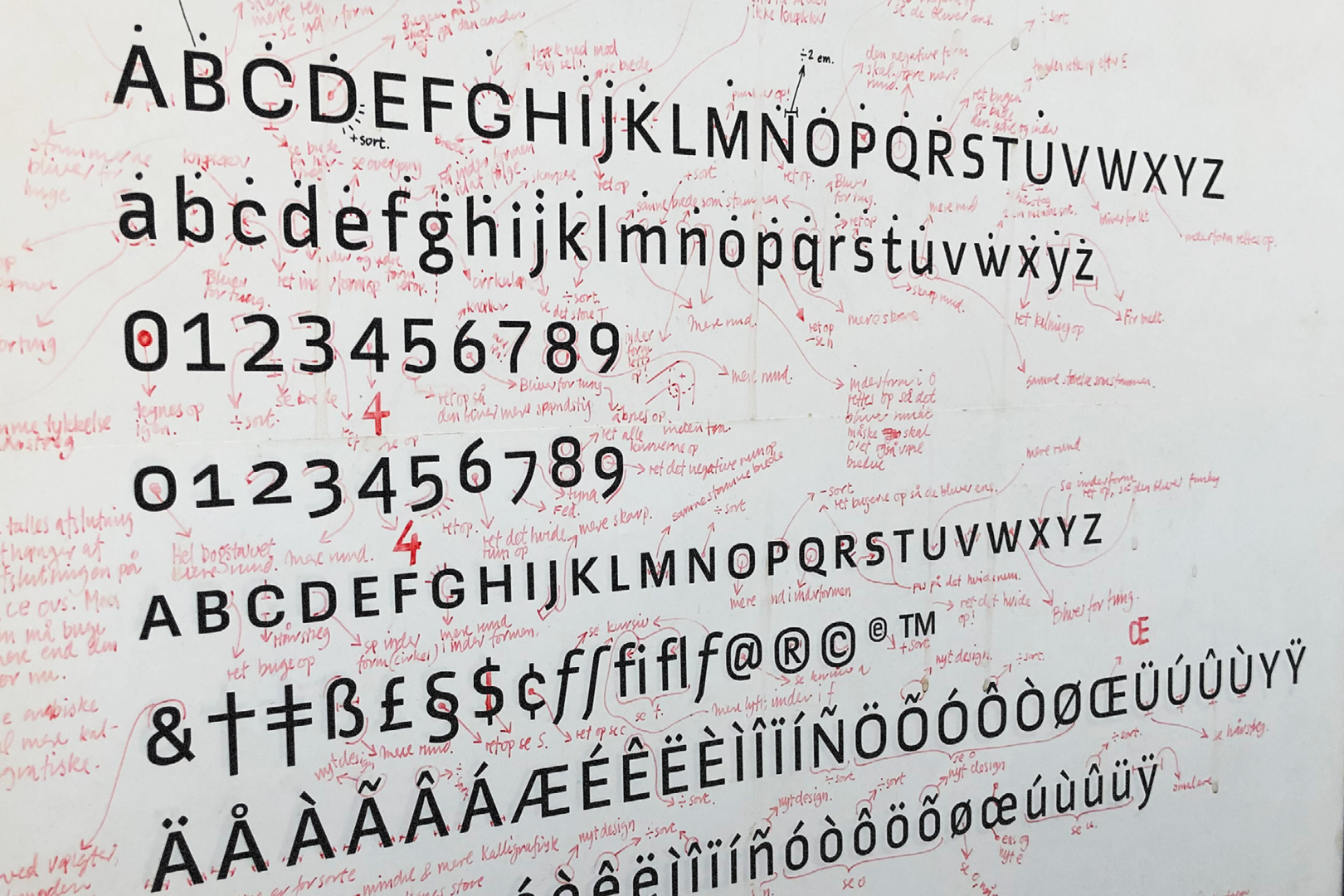 “Fletch”, Chevy Chase would be proud

“It is like that movie ‘Fletch’ (the cult mystery comedy made in 1985) you know it?” Featuring the eclectic comedian Chevy Chase, the story is about an investigative reporter who manages to adopt multiple personalities through his disguises, in the same way these typeface families take on different traits from each other. Jonas made a typeface of the same name earlier on that served as enough imputes to look further at how these glyphs tell narratives and in turn infiltrate an extensive visual language for brands.

“I am most happy about Berlingske, in retrospect and at the time, it is nice to look back and assess the level you were on even if the mistakes back then are what give it flavour”. The superfamily made initially for the iconic Danish newspaper of the same name comes in more than 283 styles and speaks both to the history of the paper but also Jonas’s own perpetual thinking when it comes to creating typefaces. 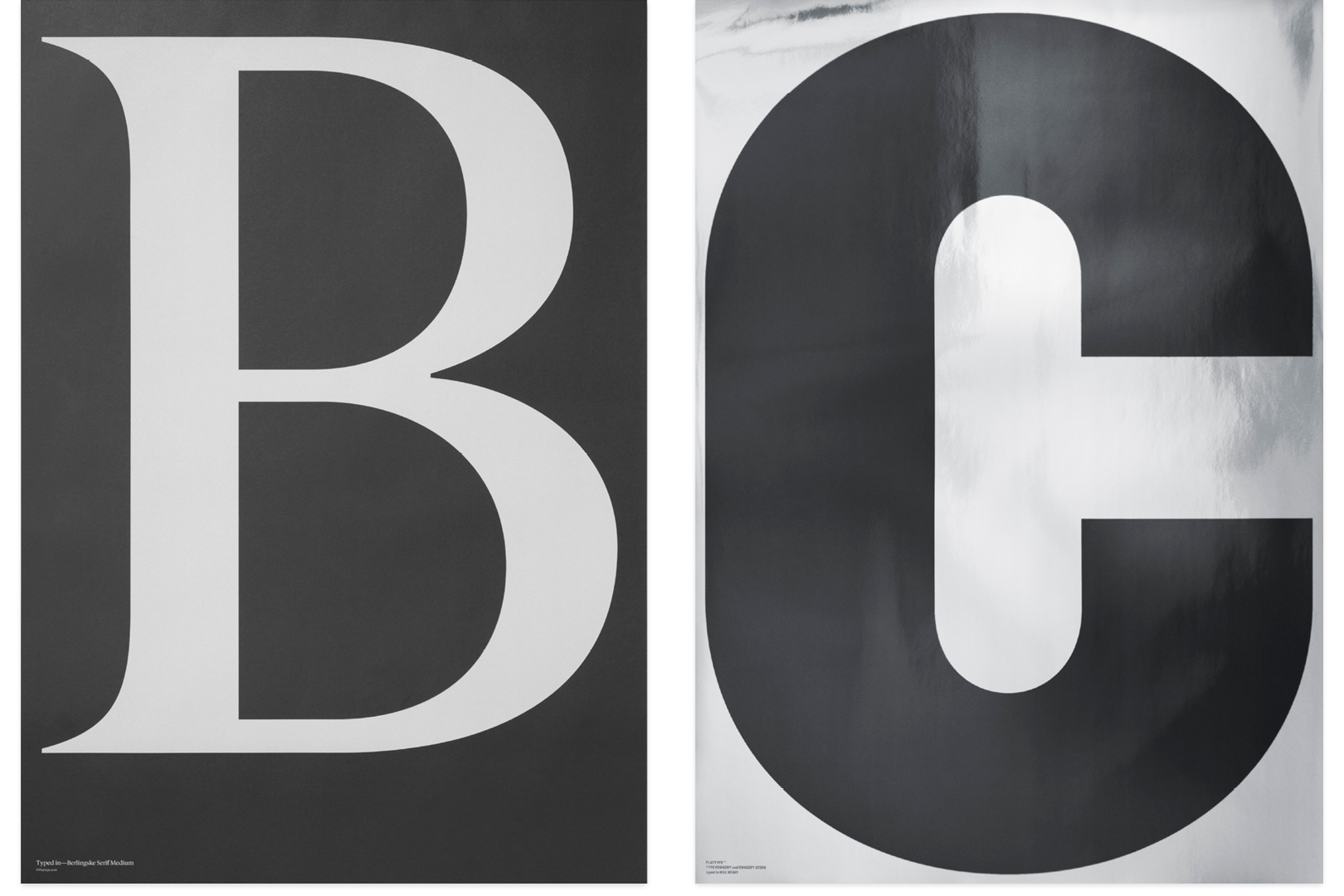 Today Playtype’s catalogue consists mostly of those by Jonas, alongside a few other type designers, that contributing to the growing retail catalogue but also bespoke projects for the likes of Volvo, Air Canada, Skagen and the City of Copenhagen – a typeface that is seen on everything from the Danish capitals street signs to official government letters. Titled ‘KBH’ and developed in close collaboration with the internal design team of the city, the family was 10 months in the making and is a further example of the idea that type should be human. “I wanted it to feel like it was already there… so that it would be a discovery for people. Friendly, easy to read but also versatile”. A contemporary sans serif with subtle details that relate to old street signages in Copenhagen as well as the art nouveau style seen very prominently within the town hall, there is an intimacy within the family that is evident throughout. The ‘g’ for example is the classic curtailed version seen so often in Danish typography, a reference to the cities history. “When you use the font it becomes your friend… funny, reliable, all of those things”.  He adds recalling the contrast between the new and old Copenhagen that inspired so much of the design.

We get interjected mid-way, this time to acknowledge another passer-by. After the conversation is finished I have forgotten the intent of the next topic. But with my final thought, I ask, “What is the difference between Playtype now and then?” He waves nonchalantly one more time and says “Now we are professionals.” 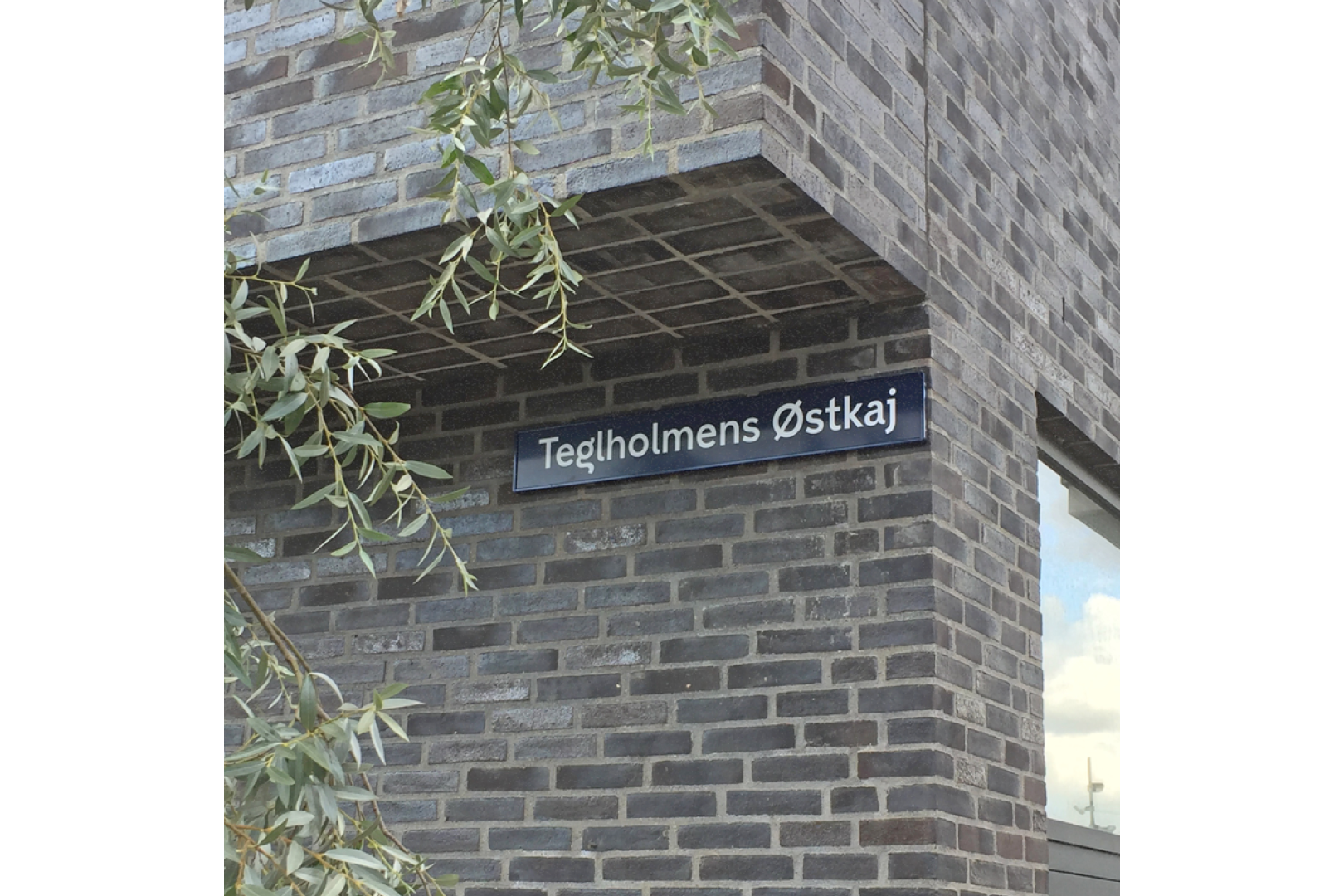 Words by Anthony Elliott
Photography from the Playtype archive